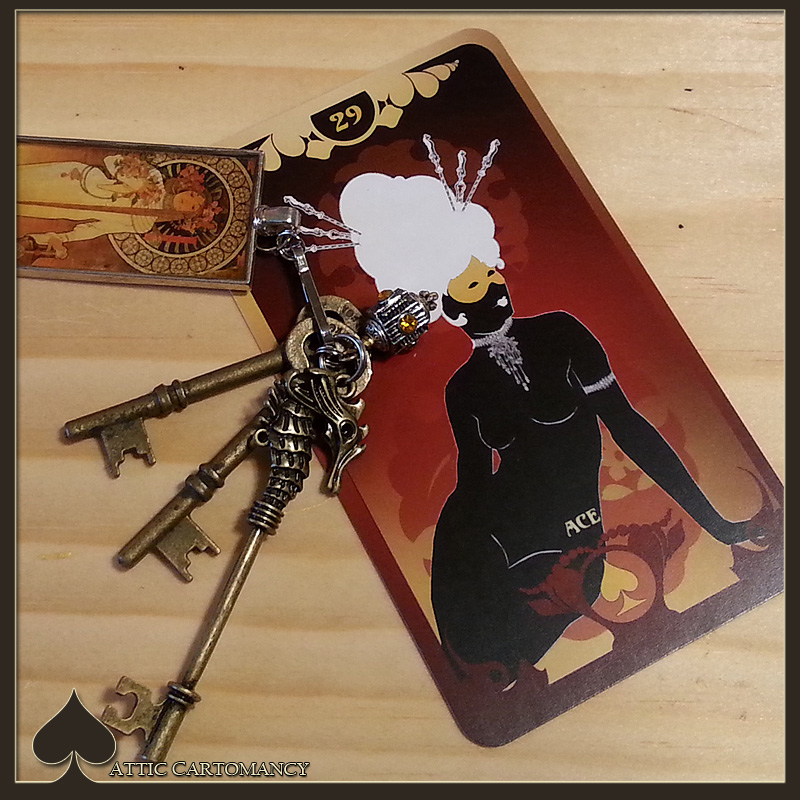 So I turned to my Butterfly Circus deck today because I’m working on getting more comfortable with reading these cards. Drawing the Woman card puts me at a hmmm spot because typically this card either represents the woman asking something of the deck, or a woman in relation to the man asking something of the deck. It’s more about the cards that come to be around the Woman card and how they relate to it. So I took another card from the deck to use with it and pulled the Stork. So I could be all ultra literal and run around the house chanting I got the baby makin card! I got the baby makin card! (Don’t look at me that way! 😉 I’m home alone most of the day and weirder things have been chanted as I run around the house. My plants and felines can testify to that.) I could also look at it as a card of change in reference to the Woman card, or me. I know as far as work is concerned it can suggest something new and creative is coming my way. As far as me personally perhaps a positive change is in my future. I kind of like the literal stork approach though. The gent and I are always looking to increase in numbers despite some rough set-backs. Given the strange nature of the day (I write this as the elections are going on between the two scaries and the mostly unknown third parties) the idea of change is a little scary unless there is a positive to it.