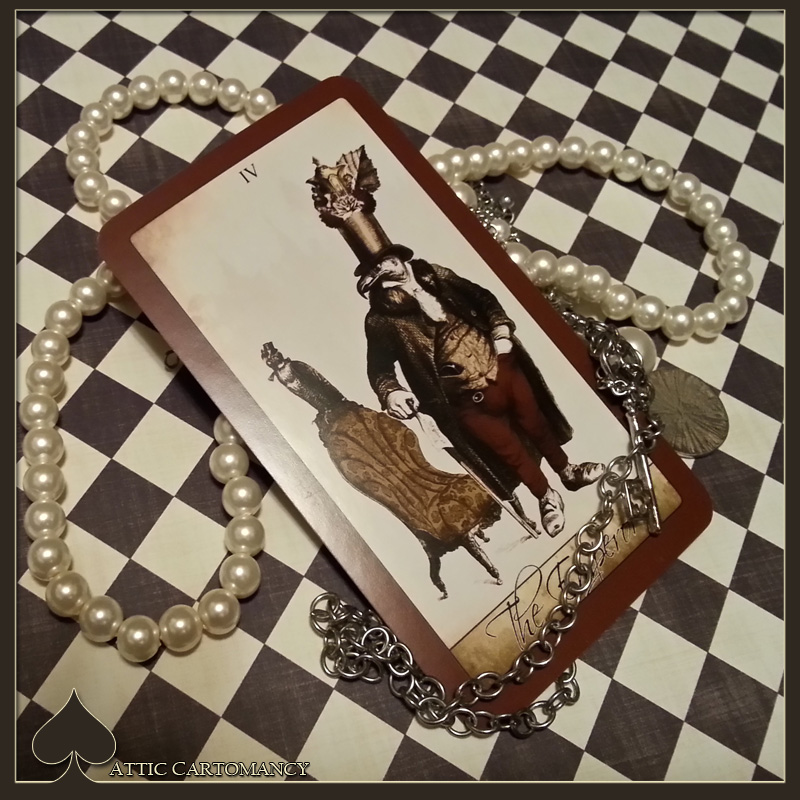 So we are post turkey-day and things have been a little emotional here; for good and bad. This was my very first Thanksgiving in my own home with my gent. We’ve seen this holiday together for many years now, but always we’ve spent it at another family member’s house. At most I’m expected to contribute a dish or bring the rolls. The whole spectacular affair of preparing such a meal at a family get together only occurred to me Tuesday morning when I realized I had a lot I had to get done. Come Wednesday morning I think I was fully in the mode to channel this card.

The Emperor card is one of dominance and authority. That kind of take charge and direct those around you kind of card. It’s been said over and over in learn tarot guides that the Emperor is the father figure of the tarot. He represents the one you seek to impress or if seen as an expression of yourself, your ability to be the leader.

In years past I have been comfortable to take a passenger seat view of many things around me. This past year has been quite different. I’m no longer sharing my living space with a collective of people who are strong willed and more than capable of getting things done. I am now the house manager, so to speak. Sometimes that fact boggles my mind a little. I get up and look at the house around me and think this is all mine. I felt that with a sense of apprehension as I looked at my kitchen Thanksgiving morning and realized how much there was to do. My gent is a very capable partner, but by then I was letting him get some sleep. You see the first television sitcom moment we ran into was Wednesday night when we learned our electric oven only had one working coil and it was at the top. My devoted gent got up every two hours to (we say with a giggle) flip the bird so that it cooked evenly.

So with a little Rocky theme song running in the back of my head I walked into that kitchen and I laid waste to my worries and cooked my butt off. I had my mojo working so well that not only did I cook, but I cleaned up as I went. I kind of had to though, my kitchen is barely bigger than a walk in closet. The meal was great (it was!) and the company was good. It was a very nice day and at the end of it you’d have never known what type of chaos had gone on in that kitchen. Unless you looked inside the fridge. I made way way too much food. That was the good.

The bad, or rather sad part of the day was thinking of my father alone in New England. She’d been having a hard week and a holiday that normally didn’t effect her was getting to her this year. There’s not a lot I can do other than call and that didn’t feel like enough. I think of my dad through the years and she (pre transition) had been a very authoritative and strong male voice in my life that I always sought to impress. That came to mind as we talked and I realized just how things had changed over the years with us becoming more equal as individuals. It added a slight bittersweet note to the day.

The Emperor card pictured here is from my Valentine version of my Isidore Tarot. My Emperor is a dapper and commanding sort of gent. Successful businessman by day, strong father by night. He symbolizes a firm foundation for those around him. A powerful voice to be listened to.