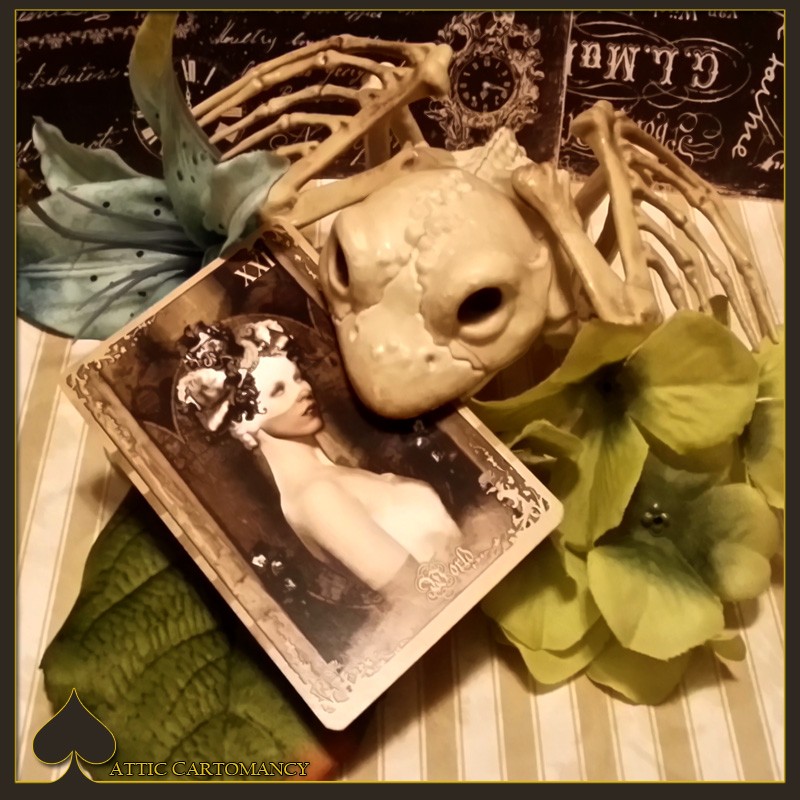 The World card being pulled from my Black Ibis deck as we come to the end of the year seems fitting. This card represents, among other things, completion of a cycle. It could be most anything. You’ve seen a major goal full circle from start to completion. It can also be most literal and pertain to getting out there in the world.

The Black Ibis tarot’s World card is one of the designs I didn’t stick with the traditional Rider-Waite-Smith style much of the other major arcana cards have in this deck. I choose to represent the worldly suggestions of this card a bit more literally. My card gal is a worldly traveler who has seen a thing or two. There is a world map behind her outlining her path to enlightenment. She understands things from a larger world view and her eyes express this. A top her head she wears a wreath (as oppose to the one traditionally surrounding her body) to suggest her crowning achievements.