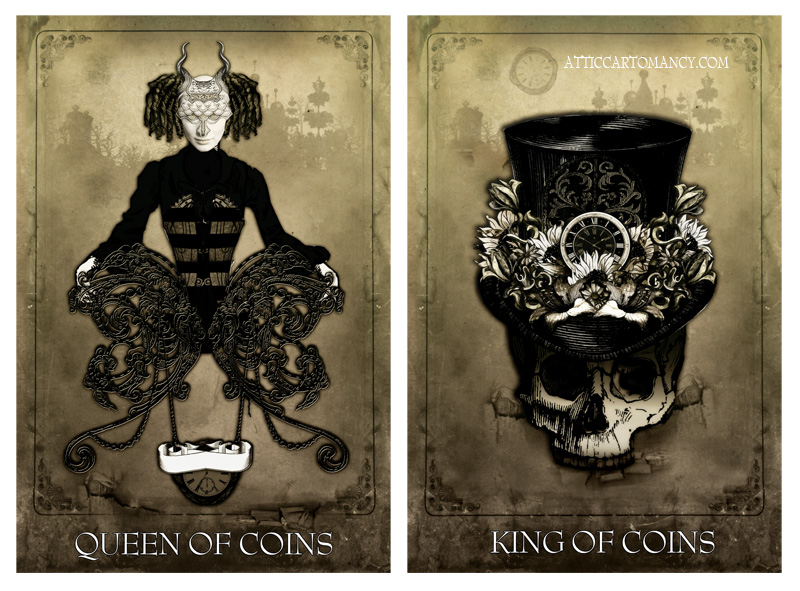 I’ve been systematically organizing my many external hard-drives and with that task stumbling upon past work. These were the first prototypes for the Black Ibis Tarot’s minor arcana. Specifically the King and Queen of Coins. I ended up nixing the idea because they looked very close to the Sepia Stain’s minor arcana, which wasn’t a bad thing. The Sepia and Ibis are companion decks from the same story so there are some similarities between them. I want the Black Ibis minor arcana to be more unique though, as well as more colorful. As a result my dark King and Queen went into the unused folder. One day I’ll make a bat-poop crazy deck that is made up of nothing but unused or left over art. 😉