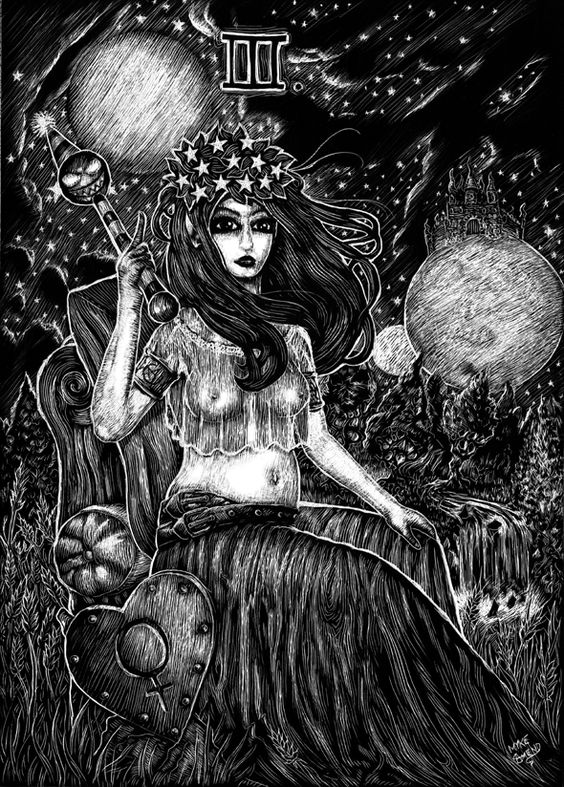 Speaking of the Empress, this is an etching my gent did for me many years ago. I was beginning to get more involved in learning the tarot and I happened to tell him that the cards most representing us (as far as elements and zodiac signs went) were the Emperor and Empress cards. Somewhere in that conversation I also mentioned (randomly, oh those old conversations were so random) my frustration with my very large ears that had just enough of a point, but not a point in which I could claim to be an elf. During that conversation he began working on this piece. At the random ear point he ended up giving his Empress proper pointy ears. 😉

I absolutely love this etching. It sits next to my side of the bed these days. Over the years I’ve tried to gently prod him into creating a full major arcana in this style. He thought about it for awhile, but alas his work schedule these days doesn’t give him a lot of time to tinker with etchings that can be rather time consuming. I’m still hoping though. The couple that makes tarot decks together stays together. That’s a saying, right? Artwork is copyright Myke Amend and reposted here with his permission of course.