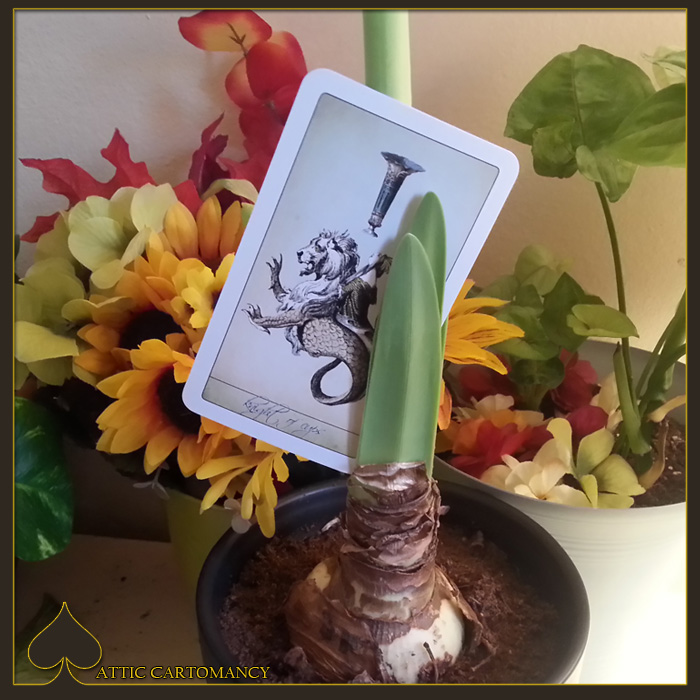 The Knight of Cups is a charming card, or should I say that knight offers a bit of feminine charm. It’s also a card that is about going with your heart, whether that makes good sense or not. As it happens, it’s one of my favorite cards from my Isidore Tarot. Yes, probably because I went with a mermaid to represent the knight and she rides her trusty water steed. As I’m pretty sure I was a mermaid in a past life, a mermaid never disappoints. It also represents the fantasy side of my brain.

As I’m still trying to get my strength back from my downtime (and juggling much needed site revamps to my portfolio and writing site as they make the move to this server) I’m going to be a pinch lazy today. The Biddy Tarot site was one of my first online resources years back when I was trying to broaden my understanding of tarot symbolism. It’s still one of the best online resources for quick card go to. I’m going to take a quote from their Knight of Cups page:

“The Knight of Cups represents the undertaking of the creative adventure hinted at in the Page of Cups. Whereas the Page encounters the mystical fish out of the golden cup and is thus initially inspired with creativity, the Knight has already encountered his inspiration and is about to undertake the journey of imagination and creativity to which the unconscious has impelled him. If you are about to start a new creative project, direct your imagination into the ‘real’ world. True imagination feeds on ‘action’ thus if you do nothing with your dreams they will remain vague and unrelated to the rest of your life. The Knight of Cups brings a warning about getting too caught up in fantasy and the romanticism of life. Fantasy excites but it lacks any real meaning as you deny your basic commitment to the world and your imagination produces nothing. ” 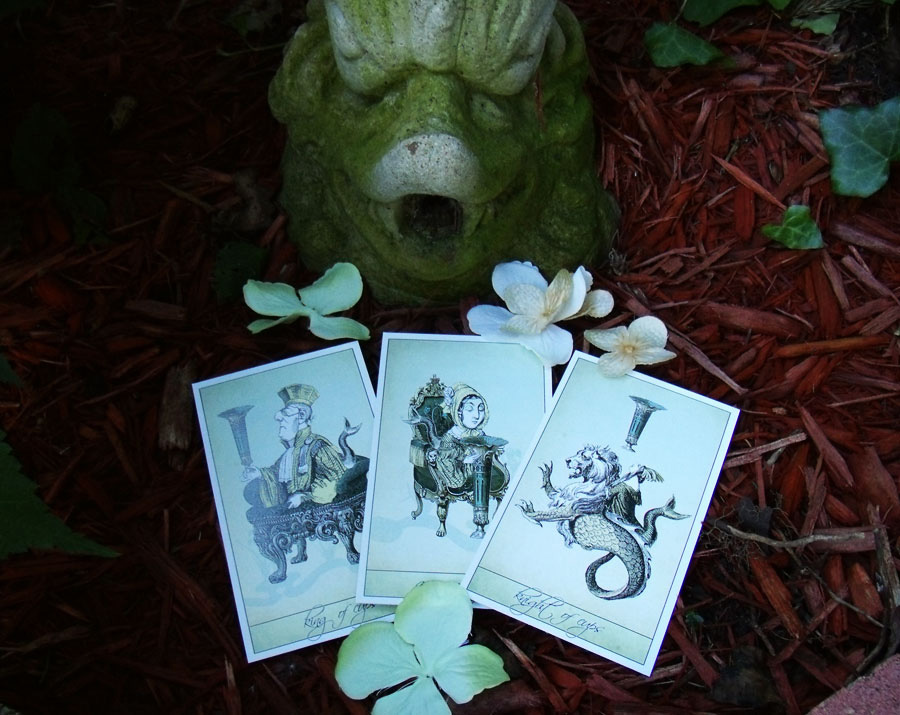 As it continues to snow and snow some more, I’m officially looking towards spring. This is from a few springs ago with the original Isidore Tarot cards, when they were still square. I need me some spring mermaids!